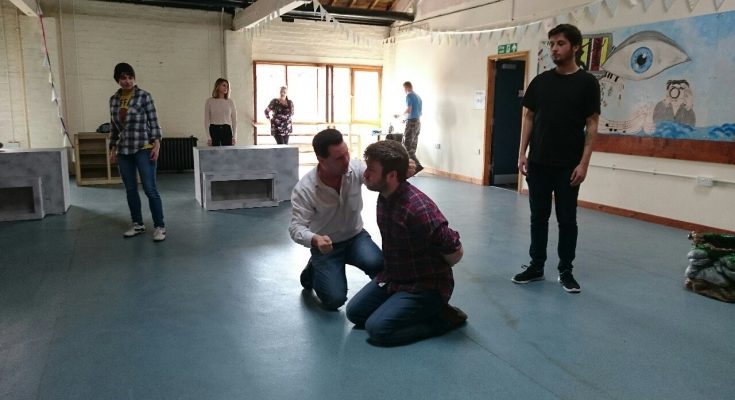 As well as acting professionally Christopher has been running drama workshops for many years as well as teaching at many theatre schools including The Hammond School, Wirral Academy of Performing Arts and Merseyside Academy of Drama. He has also run sessions at The Liverpool Theatre School and Birkenhead School.  Last year he taught the Advanced Class at MAD Michael Chekhov techniques. He also directed Wuthering Heights for their showcase.

Christopher likes to inspire young people through drama and adapts his workshops so that they can develop skills in team building, presentation, life skills and communication, which gives them confidence, self-esteem and raises their aspirations.  Christopher also trained as workshop practitioner at Hope Street Limited in Liverpool working with schools, youth clubs and the community directing and running acting workshops.

He teaches many aspects of theatre, including Shakespeare and likes to introduce actors/pupils to Michael Chekhov, Sanford Meisner, Patsy Rodenburg, Lee Strasburg, Larry Moss.  He also includes an introduction to “The Second Circle- How to use positive energy for success in every situation”. Christopher likes to give everyone an overall taste of the various methods that actors can use and then they can use what works for them. He finds this approach works very well.

Christopher is a member of various professional organizations; British Equity, Spotlight for actors and IMDB

He has an up to date Disclosure and Barring Service Enhanced Certificate.